Messe München has set the dates for the forthcoming edition of ceramitec: The next time, the international key trade show of the ceramics industry will be held in Munich from May 17 to 20, 2021. The industry get-together is held at three-yearly intervals. The last event took place in April 2018. By setting the dates in spring, Messe München meets the wish of the industry. As a rule, the most important investment decisions are initiated in the first half of the year. Therefore, a trade show held in spring has clear advantages compared with the initially envisaged dates in the late autumn of 2021.


ceramitec is the most important international trade show and knowledge platform for ceramics and powder metallurgy. As such, it covers the full spectrum of the industry, ranging from classic ceramics to raw materials to heavy clay and industrial ceramics through to technical ceramics and powder metallurgy. In addition, digitization and state-of-the-art manufacturing processes play an ever more important role at the event. In this context, a special show including a separate lecture program on the subject of additive manufacturing was conducted for the first time even in 2018. In total, some 633 exhibitors from 38 countries and more than 15,000 participants from 93 countries took part in ceramitec 2018.

Moreover, Messe München shortens the waiting time until the next ceramitec trade show opens its gates by its newly created ceramitec conference. This new event format will celebrate its premiere at the recently inaugurated Conference Center Nord on the Munich fairgrounds on September 19 and 20, 2019. The program will be geared towards the industrial application possibilities for ceramics. Due to ever shorter innovation cycles,

ceramics are meanwhile attractive for an increasing number of industries. These include the automotive, chemical, electrical engineering, health, biotechnology and aerospace industries, but also the mechanical engineering, pharmaceutical and design sectors. 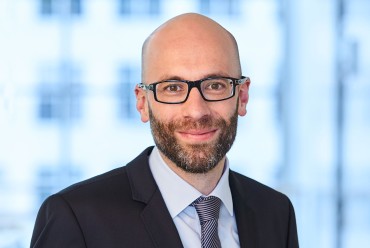